James Howard Meredith was born on June 25, 1933, in Kosciusko, Miss., and raised on his family’s 84-acre farm in Attala County. After graduation from Gibbs High in St. Petersburg, Fla., in June 1951, he served in the U.S. Air Force from 1951 to 1960, including a three-year tour of duty at Tachikawa Air Base in Japan.

He returned to his home state determined to become the first Black student to attend the University of Mississippi.

“The University of Mississippi is the most significant place to me in the world.”

He attended Jackson State College from 1960 to 1961 and applied for admission to the University of Mississippi in January 1961; however, the state took several measures to prevent his admission.

In February 1962, the University of Mississippi sent Meredith a telegram denying his admission. When Meredith’s responses to this telegram went unanswered, he filed suit with the assistance of the National Association for the Advancement of Colored People (NAACP) Legal Defense Fund. After a protracted court battle, the U.S. Supreme Court ruled on Sept. 10, 1962, that Meredith was to be admitted to the university. Mississippi Gov. Ross Barnett tried to prevent Meredith’s enrollment by assuming the position of registrar and blocking his admission.

On Sept. 30, 1962, when a deal was reached between Gov. Barnett and U.S. Attorney General Robert Kennedy to allow Meredith to enroll, a riot broke out on campus.

A mob of angry whites confronted U.S. marshals stationed on campus to protect Meredith. The crowd assaulted the marshals with bricks and bullets outside the Lyceum, the university’s administration building, until the arrival of federal troops quelled the violence in the early morning hours. Two bystanders died in the confrontation, 206 marshals and soldiers were wounded and 200 individuals were arrested. Meredith was finally allowed to register for courses on Oct. 1, 1962.

Messages of support for Meredith arrived from all over the world, including from Rosa Parks, Josephine Baker and Langston Hughes. However, Meredith was ostracized by most of his fellow students at the university and needed 24-hour protection by marshals.

As a result, he described himself as “the most segregated Negro in America.” The broadside “Rebel Resistance” was created by students, in collaboration with the Citizens’ Council, to urge students to avoid any association with Meredith. Federal troops remained on campus for more than a year to ensure his safety. Despite these challenges, Meredith graduated with a bachelor’s degree in August 1963. He went on to earn his LL.B. in 1968 from Columbia Law School.

“The best-known word ever uttered by the best-known person in American history, Martin Luther King, is that the most segregated hour is that Sunday o’clock…And only thing I would say further, the reason why that’s the most segregated hour is something that nobody would talk about black or white, but we got to start dealing with it, whether we even talk about it or not … separation.”

Aside from being the first Black student to attend the University of Mississippi, Meredith is noted for leading the 1966 “March Against Fear” from Memphis to Jackson in protest of the physical violence Black Americans faced while exercising their right to vote. When Meredith was shot on the second day of the march, civil rights leaders, including Martin Luther King Jr., stepped in to complete the march.

Meredith campaigned on behalf of a number of Black politicians in several states and, in 1972, ran unsuccessfully for a congressional seat. In 1989, he joined the staff of North Carolina’s arch-conservative U.S. Sen. Jesse Helms. In 1996, he led the “Black Man’s March to the Library.” He is the author of numerous publications, including Three Years in Mississippi, which describes his experience integrating the University of Mississippi, and A Mission from God: A Memoir and Challenge for America. 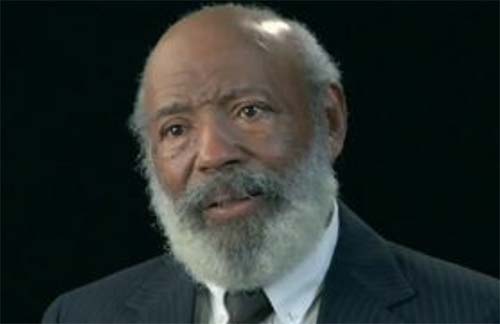 Watch a video about the legacy of James Meredith. Produced by Media and Documentary Projects. 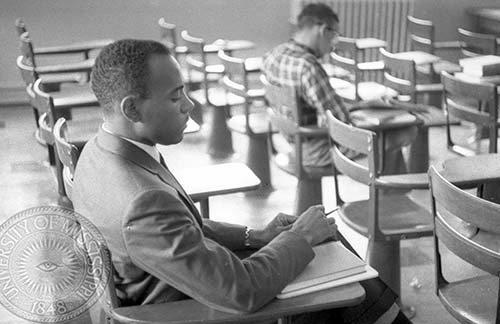 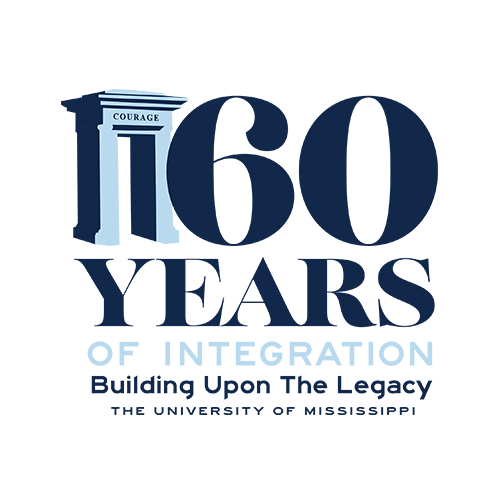